The Man Who Fell to Earth by Alfred Hickling

Imagine going over Niagara Falls in a barrel. In flames. This, according to one cosmonaut, is what re-entering the earth’s atmosphere feels like. And here in York we currently have the opportunity to see the vessel in which British astronaut Tim Peake plummeted back down to earth. 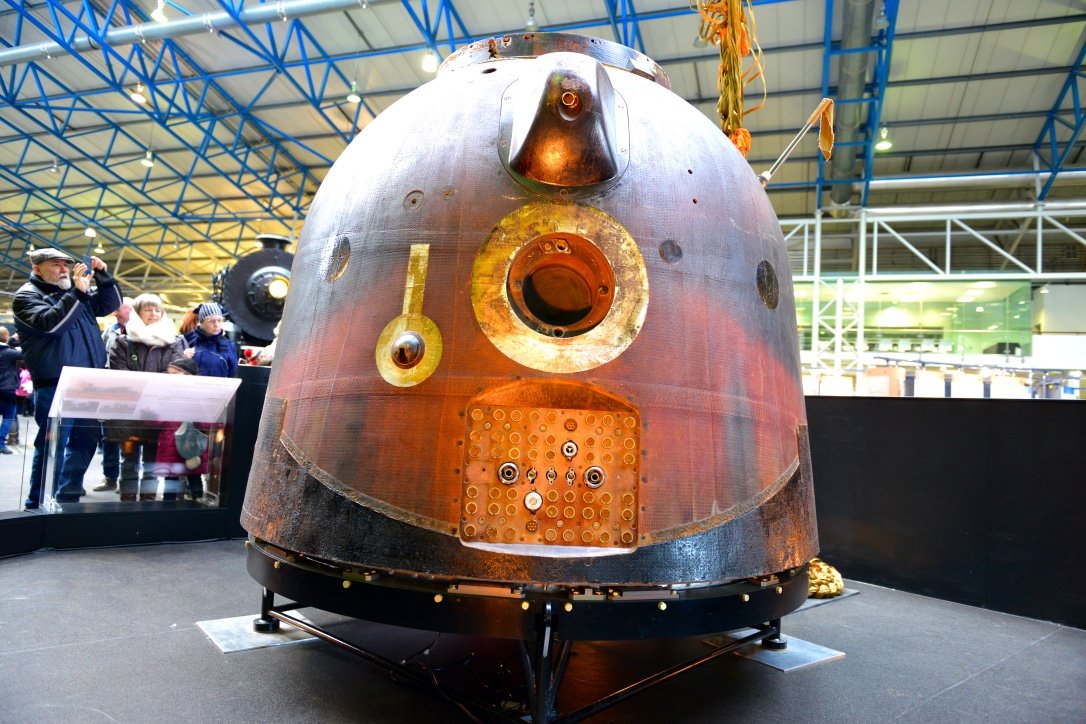 The Russian-designed Soyuz capsule is the only part of the spacecraft that survives the journey. It’s about the size of a small family car. Looking at it, on temporary display at the National Railway Museum, you wonder if a barrel might have been a bit more sophisticated. Or comfortable,

The beguiling aspect of this severely-singed lump of genuine science fiction is how incredibly primitive it looks. It could be the diving bell imagined by Jules Verne for Twenty Thousand Leagues Under the Sea; or an unexploded Dalek. But its distinctly Soviet-retro look gives an indication of how space travel is still incredibly reliant on antiquated design. The first Russian-made Soyuz capsule was built in 1967. In its present position of in the Great Hall of the National Railway Museum, Tim Peake’s landing pod is dwarfed by the Evening Star, the last steam locomotive to be commissioned by British Rail in 1960. It’s staggering to consider that we made the leap from the age of steam to the solar system in only seven years. 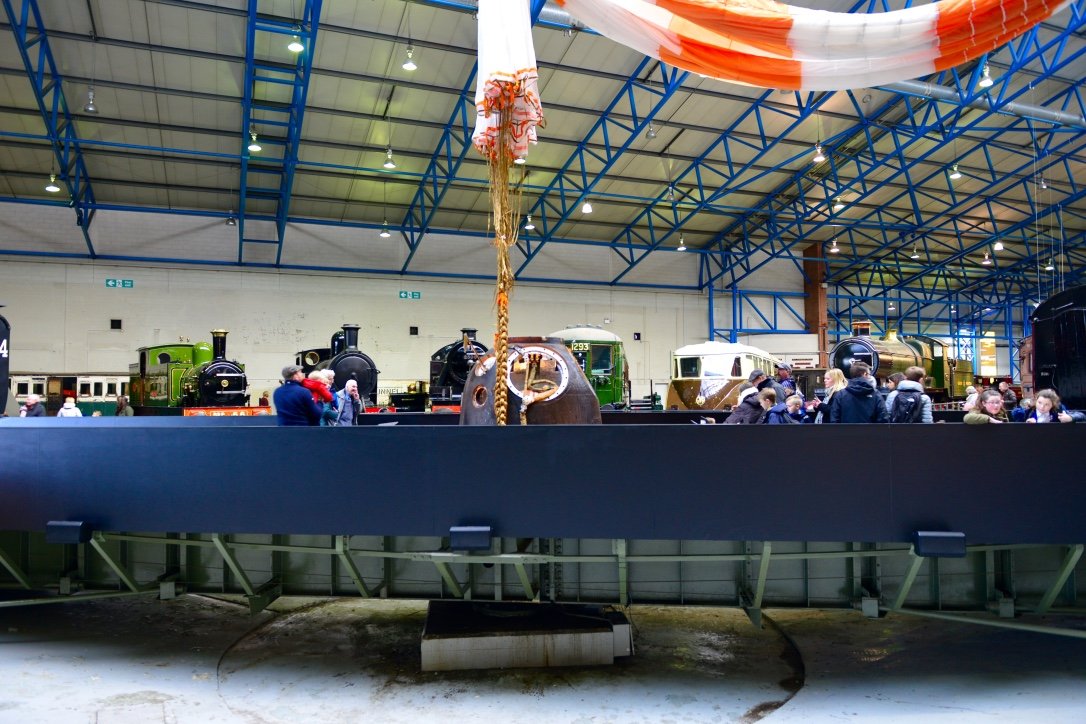 The Soyuz capsule takes centre stage on the NRM turntable

To gain a sense of what it’s like hurtling to earth in a fireball at 27,000 km per hour, there’s an impressive virtual reality exhibit in which Major Peake guides you through the process of re-entry (‘At this stage, the capsule is basically on fire’ he intones, as if this is nothing to worry about). But perhaps the most moving part of the experience is the video of medical teams rushing to pull Peake and his fellow International Space Station crew members from the pod as it landed on its side in the middle of the Kazakhstan plain. Having withstood G-forces five times their bodyweight, the space travellers - by now too weak to walk - are gently lifted into what look like oversized baby buggies. You could read it as a cosmic allegory: a baptism of fire followed by rebirth on one’s home planet. Or you can just wonder at the burnished patina of the capsule - both ugly as sin and beautiful as a piece of abstract sculpture - and marvel that anyone should be brave enough to get into the thing in the first place. 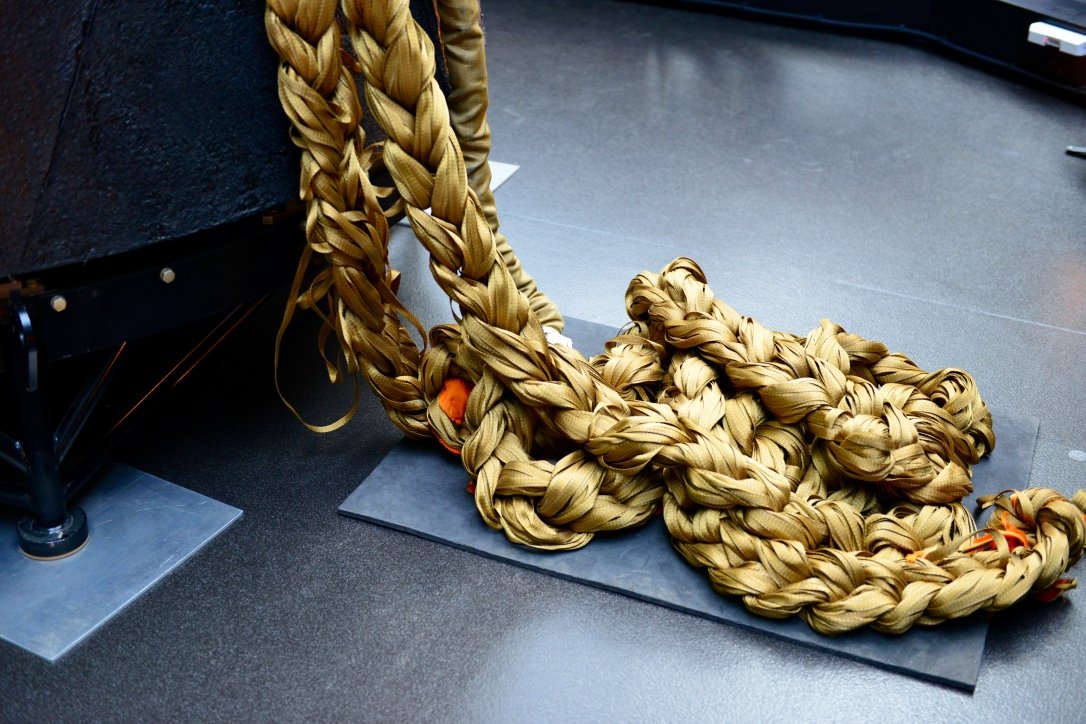 Hanging by a thread: nylon neoprene, guaranteed not to snap. 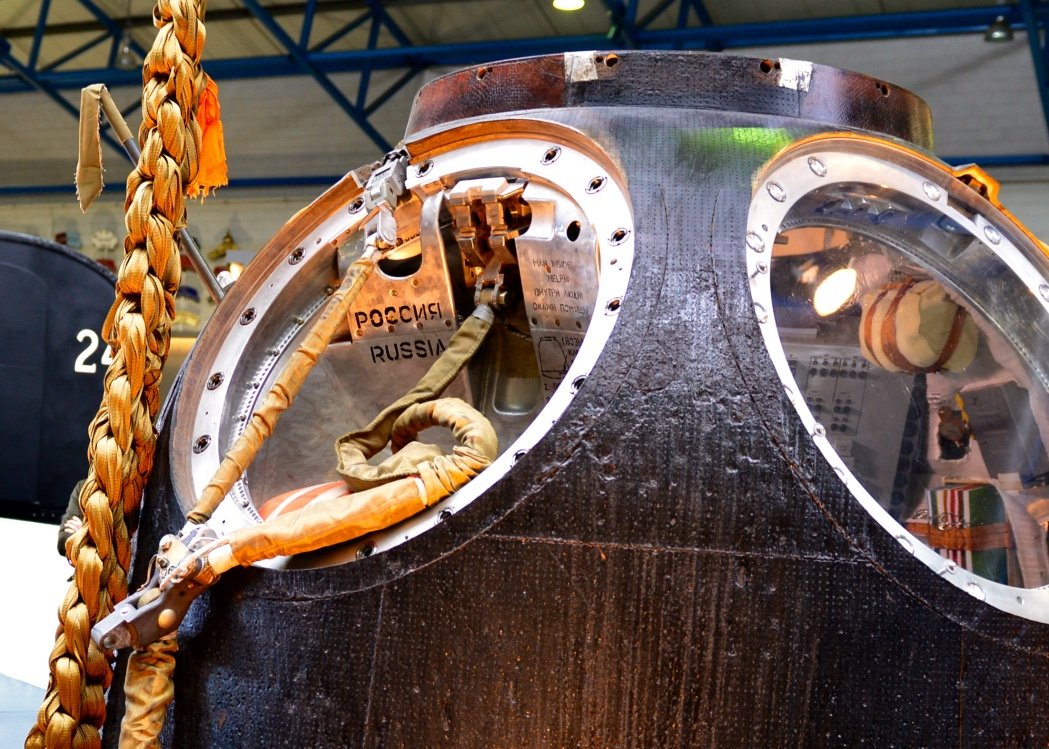 The Cyrillic is Russian for 'Russia'. 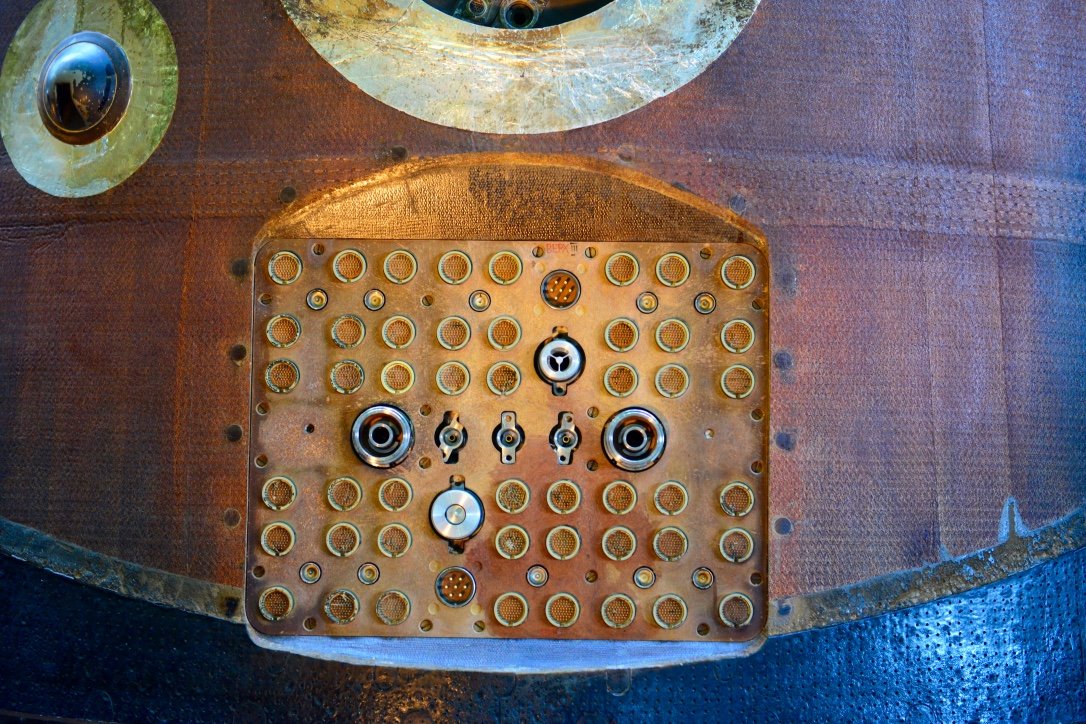 Wonder which one of these is the cigarette lighter? 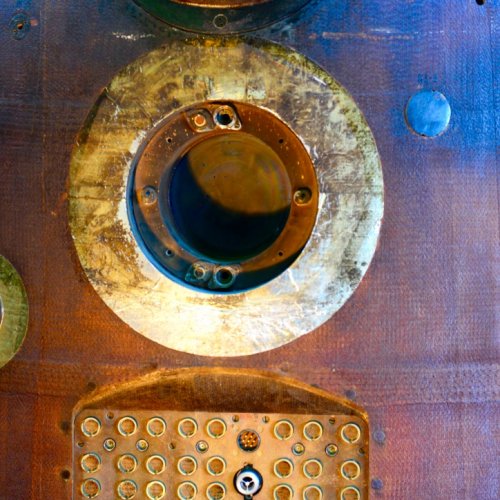