If you were to condense the essence of York into only three locations, you could do worse than to adopt the mantra  regularly heard from our South East Asian visitors. Whether from Indonesia, the Philippines, Taiwan or Thailand, they all get off the bus with three things in mind: ‘Minster, Shambles, Betty’s House’. 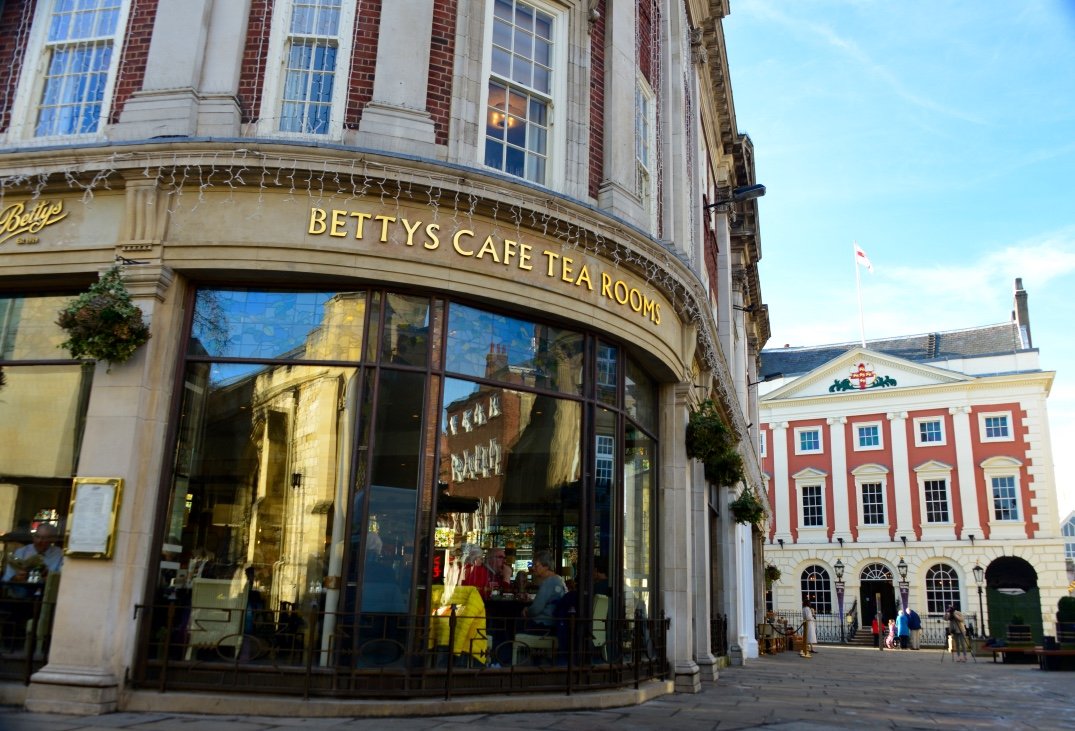 York must be unique in possessing a cafe with as much international recognition as its cathedral. But this year Bettys reaches a historic milestone as 1919 marks a hundred years since a young, Swiss confectioner named Frederick Belmont arrived in Yorkshire and founded a tea-room whose fame spread around the world. 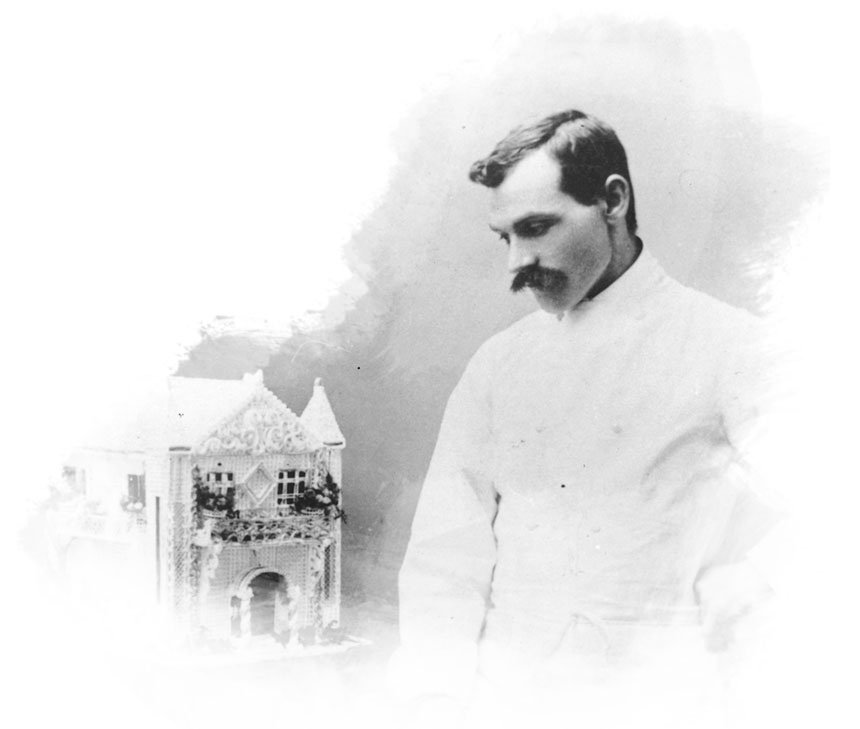 Frederick Belmont. He knew he was coming so he baked a cake.

There are many myths surrounding the origins of Bettys - who was Betty, for a start? Why is her name persistently spelled without an apostrophe? And is there any correct way of buttering a fat rascal without the thing disintegrating? But what many visitors do not immediately realise when they settle down for afternoon tea is that they are really experiencing a little piece of the Swiss Alps transplanted to the Yorkshire Dales.

By marrying the rostis, raclettes end emmenthal cheeses of his homeland with the hearty, Yorkshire fare of his adopted country, Belmont could be credited with inventing the concept of fusion food. But he had to re-invent himself first. Frederick had been born in a village near Bern as Fritz Bützer. The change of name was a commercial obligation - when Fritz went into business in 1919, there was unlikely to be any great demand in England for a cafe called Bützer’s.

Legend has it that Frederick only ended up in Yorkshire by accident. On arrival in London in 1907 he had lost the address of his destination and, unable to speak the language, could only remember that it resembled the German word for sausage. Having asked for ‘Bratwurst’, a helpful soul at King’s Cross station put him on a train bound for Bradford. But after an uncomfortable first night in the station waiting room, Frederick was able to find work at a Swiss-owned confectioners in the town, and eventually relocated to Harrogate, where he made the smart move of marrying his landlady’s daughter. 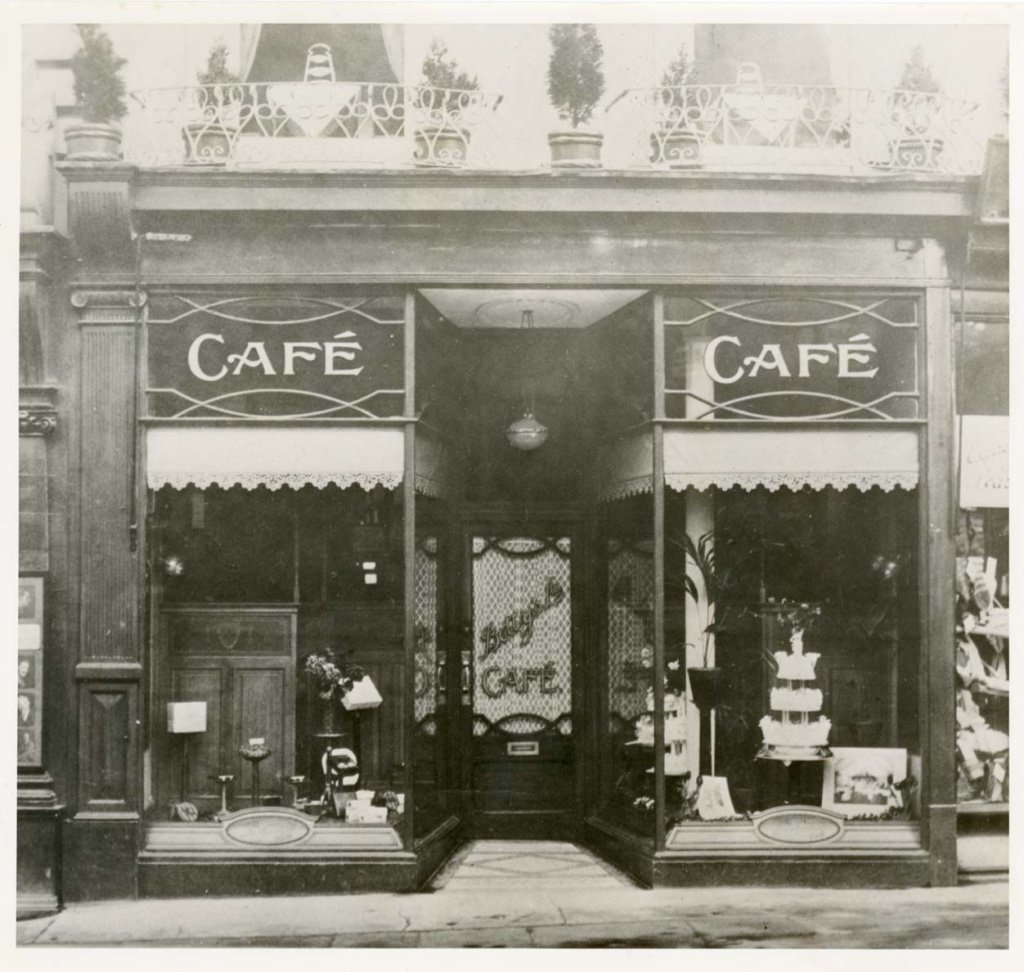 The business that Belmont founded with his wife’s money swiftly grew - there were originally Bettys in Harrogate, Bradford and Leeds - and by 1936 the Belmonts could afford to travel in style. They booked a passage to New York on the maiden voyage of the Queen Mary; and were so impressed that Frederick commissioned the same craftsmen and interior designers to fit out the new flagship property he had acquired on the corner of St Helen’s Square in York. The intention was to outclass Joseph Terry’s celebrated cafe on the opposite side of the square; and throughout the 1940s, 50s and 60s, Bettys and Terry’s vied to become the most fashionable establishment in the city - a competition that Bettys ultimately won, as the premises of its rival is now occupied by an Italian chain restaurant. 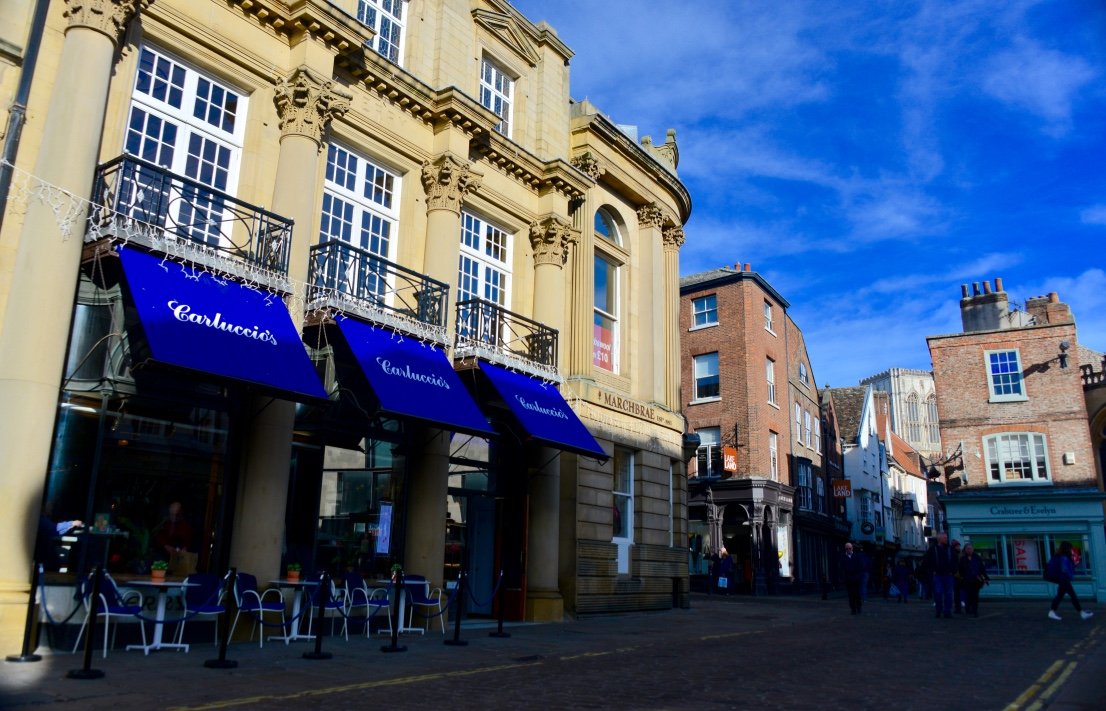 Today it is possible to sit amidst the marquetry panels and art-nouveau glazing of Bettys main salon and feel as if one is steaming across the Atlantic in the stateroom of a luxury-class liner with the Second World War yet to intervene. The fact that it did is illustrated by the enigmatically scuffed mirror at the bottom of the stairs. The spidery scratches etched into the glass are the signatures of many hundreds of Canadian and American airmen who were stationed around York throughout the Second World War; and for whom Bettys (which was then a bar as well as a cafe) became an unofficial mess and operations room.

Bettys expanded significantly in the 1960s with the acquisition of the tea merchants and coffee roasters, Taylors of Harrogate - the official suppliers of Yorkshire Tea (and our own particular favourite High Voltage coffee blend, which on a scale of strength from 1-5 is graded number 7). Given that Betty’s mail order operation is now responsible for despatching 330, 000 Fat Rascals to over 60 different countries per year, it’s perhaps surprising that there are no immediate plans to expand beyond the boundaries of Yorkshire. Yet Bettys remains a small family business, still run by the great nephew of Frederick Belmont, and requires all its branches to be within range of the craft bakery in Harrogate. This is why there won’t be any franchised Bettys opening at Heathrow airport any time soon, or serving Yorkshire Tea throughout the Far East. But it is precisely this kind of continuity and commitment to standards which explains why so many of our international visitors are determined to visit Betty’s House in person. It’s just as well that they didn’t call it Bützer’s. 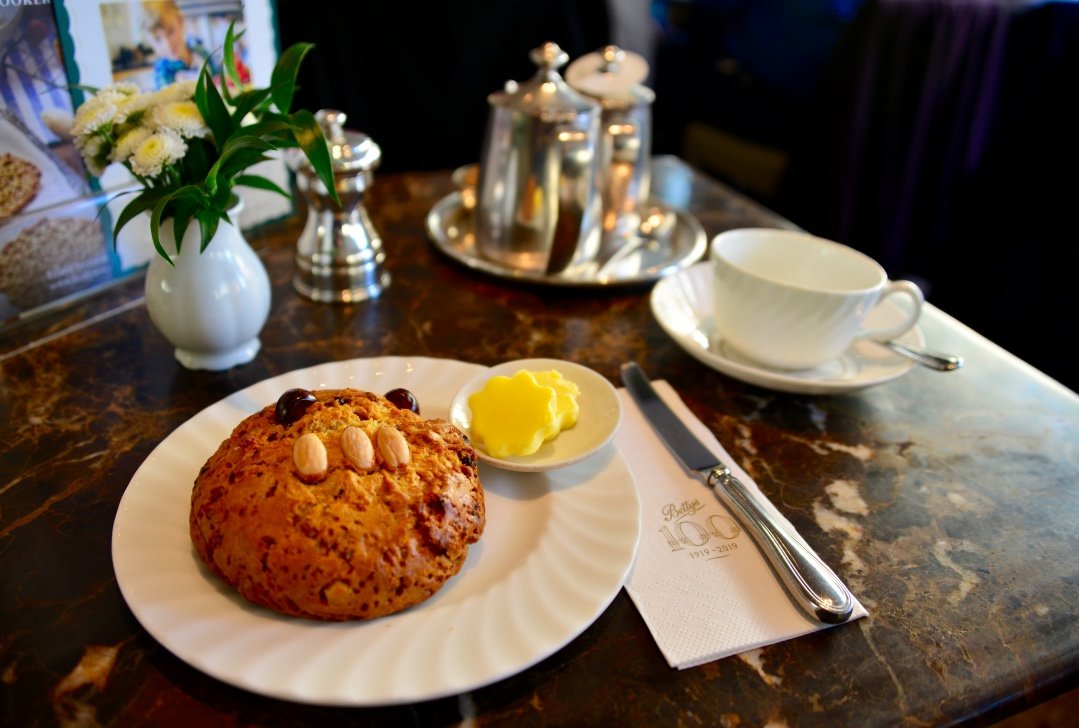 A Fat Rascal. Shortly before it disintegrated. 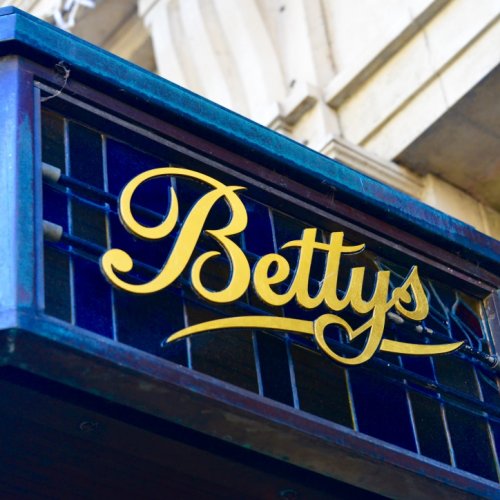