Ode to an Odeon by Alfred Hickling

The Birmingham-born cinema entrepreneur Oscar Deutsch was the man who brought modern architecture to the lives of ordinary working people. Throughout the 1930s over 250 Deutsch picture-houses sprang up around Britain. They were named Odeons, which stood for Oscar Deutsch Entertains Our Nation. Yet when Deutsch proposed to open a new cinema in York in 1937, the city council told him where to go.  Outside the city walls, for a start, where it would not clash with the historic surroundings; nor was permission granted for the building to be clad in the ceramic tiles that characterised Deutsch’s other gleaming, art-deco picture palaces. Instead the architect Robert Bullivant created a modernistic masterpiece in austere brown brick that had as much in common with a power station as a picture house. The 1,484 seat cinema opened on 1 February 1937 with a feature called The Man Who Could Work Miracles. 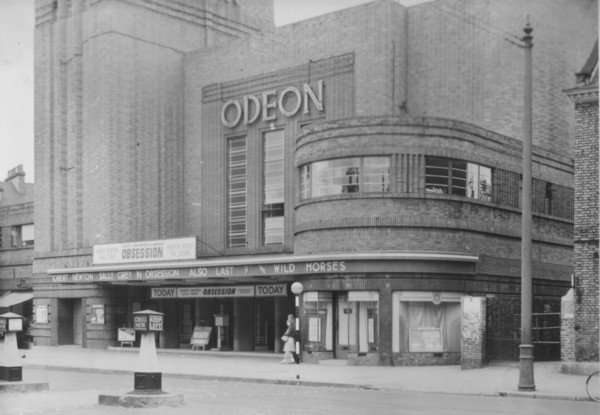 The Odeon in its pre-war heyday. Note lack of traffic.

Eighty years on, the building was in need of a miracle-worker if it were ever to recapture its former glory. It acquired Grade II listed status in 1981, which preserved the exterior fabric and - most significantly - the original, illuminated Odeon sign which remains the only surviving example of its kind in the country. Yet the building had become a damp, unprepossessing shell; insensitively modernised in 1972 to squeeze-in two smaller screens on the ground floor. Original decorative features were retained through neglect rather than conservation, though the imposing height of the upstairs foyer had been reduced by a tacky false ceiling. When its last operators, Reel Cinemas, moved out in 2017, the designation ‘fleapit’ might be taken as an affront to the fleas. 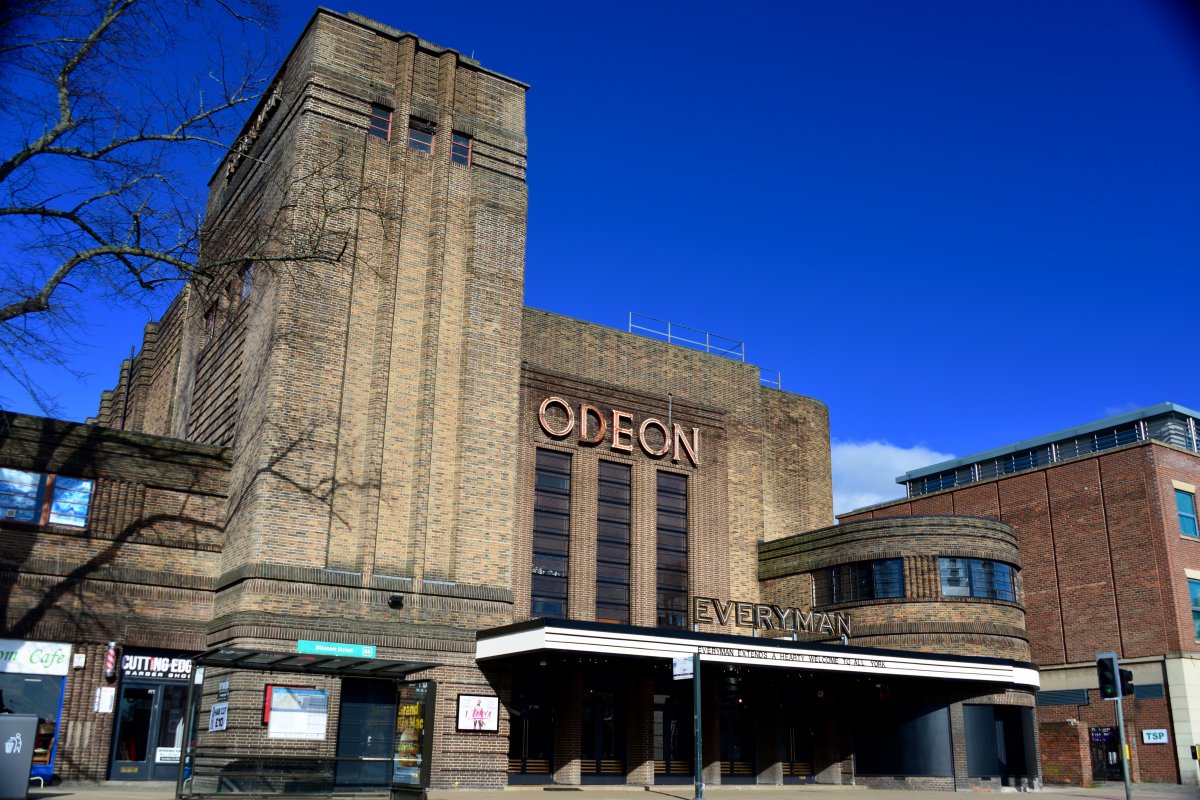 The Odeon/Everyman as it appears today

Yet for anyone growing up in York in the 1970s and 80s, before the advent of City Screen or the Clifton Moor multiplex, the Blossom Street Odeon was simply ‘the Pictures’ (there was a rival ABC on Piccadilly, demolished during the Coppergate development, but it didn’t have the same aura). There was nothing to match the thrill of mounting the grand, bifurcating staircase, as if ascending decks on a slightly down-at-heel transatlantic liner, and taking one’s seat on the right hand side of the auditorium (the left hand side being reserved for smokers). 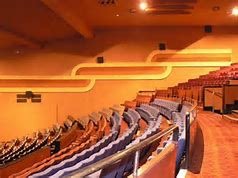 The smoker's section. If you wanted clean air you had to sit on the right.

The acquisition of the building by the Everyman Media Group was very good news - this being the company that had already revitalised similar 1930s auditoriums in Barnet and Muswell Hill. The transformation revealed at the beginning of this year could hardly be more spectacular: gone are the tatty, tip-up seats and in come sumptuous sofas and scatter cushions, upholstered in faux zebra-skin with legroom satisfactory for a giraffe. Where possible all the original 1930s mouldings and ventilation panels have been retained, while the upper foyer has been restored to its original, soaring dimensions. Sadly the sculptural frieze that ran around the lounge has disappeared; though given its decidedly non-PC depictions of cowboys chasing Indians round the foyer, perhaps this is just as well. 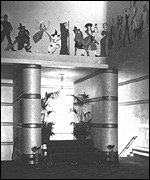 The Everyman prioritises comfort over capacity - curiously the main auditorium has the largest volume of any of the group’s cinemas while providing the smallest number of seats (apparently there are plans to increase the 144 places in the not-too-distant future). The ultra-intimate Screen Four holds just 20 people - but whereas this felt like a freezing broom cupboard in the Reel era, it now has the exclusive plushness of a private screening room.

Would Oscar Deutsch have approved? I’m not sure what he would have made of zebra-striped upholstery; but the Everyman group has successfully reimagined the Deutsch’s dream of 1930s opulence for the digital age - a touch of attainable luxury that opened in the middle of one Great Depression and has risen again to alleviate the misery of the next. 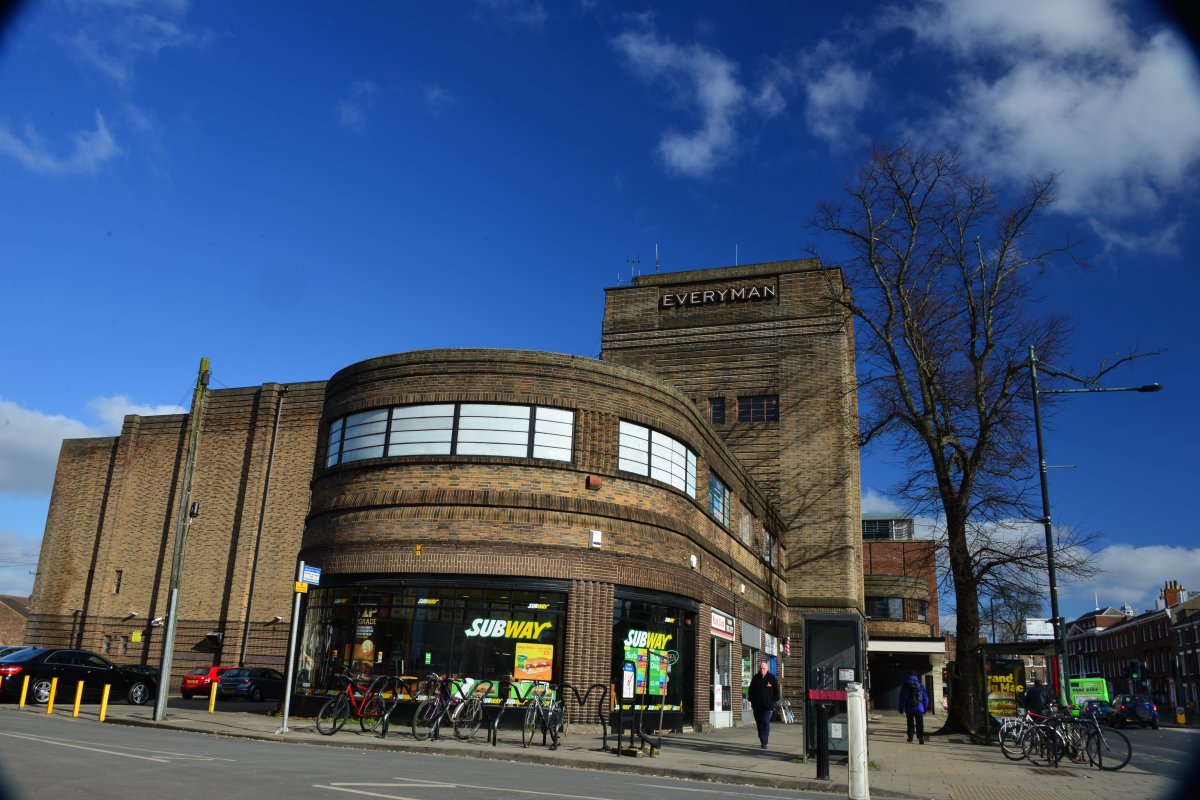 Would Oscar Deutsch have approved of cheap sandwiches? Almost certainly. Would he have appreciated Subway? Probably not. 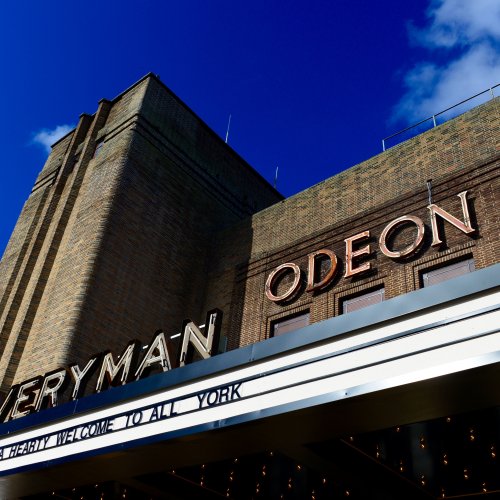