The story of York is often taken to begin with the arrival of the Ninth Legion in AD 71. Yet if the entire history of the earth were to be compressed into a single day, the Romans would not march onto the scene until approximately fifteen seconds to midnight.

Around 201 million years ago, Yorkshire was a very different place. To begin with, it was roughly where North Africa is today, before tectonic movement caused the continents to drift apart. And most of it was underwater, with deep Jurassic oceans populated by what Victorian fossil-hunters called ‘Sea Dragons’. 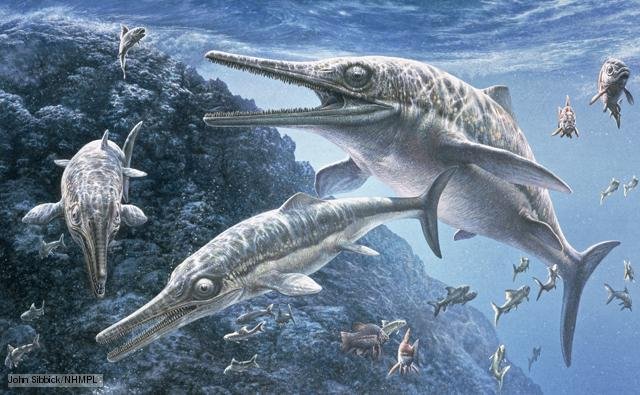 A trio of these aquatic lizards - a pair of Plesiosaurs and an Ichthyosaur - have been a central part of the Yorkshire Museum’s natural history collection since its foundation in the 1830s. As a dinosaur-obsessed child I would spend hours staring at these sinuous, six-metre fossils, yet couldn’t help wishing that they were rather more glamorous, land-based lizards like the Brontosaurus and Tyrannosaurus skeletons on display at the Natural History Museum. York’s Ichthyosaur is a nationally-significant specimen, yet still felt a bit parochial. To see proper dinosaurs you had to go to London.

This is where the museum’s major new display, Yorkshire’s Jurassic World, is a bit of a revelation. The Ichthyosaur is there of course - in fact, it’s still in the same case. But the gallery has been transformed into an atmospheric recreation of a primordial sea-bed, enhanced by some technological magic courtesy of a tethered row of iPads. As you pass the screen over the Ichthyosaur’s remains, the bones are magically clothed in simulated flesh and the skeleton springs to life. Suddenly you are face-to-face with a creature whose grapefruit-sized eye sockets are the largest ever recorded, and whose jaw is calculated as having been twice as strong as today’s most ferocious acquatic predator, the saltwater crocodile. 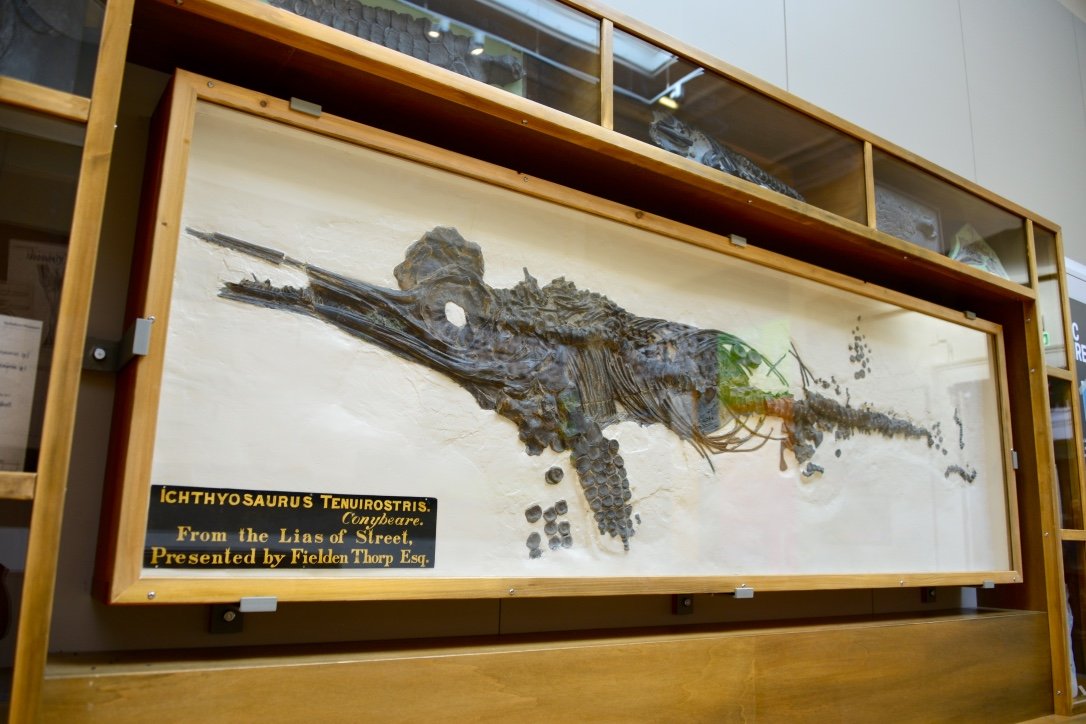 Once upon a time, museum displays used to look like this 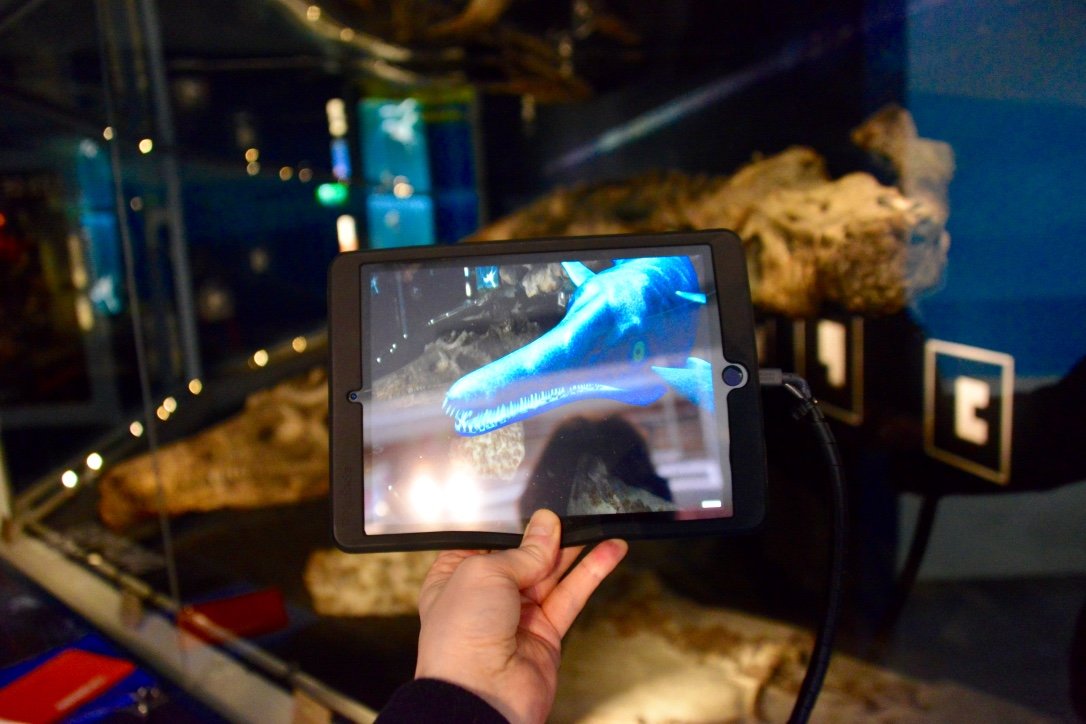 About 170 million years ago, the seas drained away from this part of the world, creating giant river basins imprinted with so many dinosaur tracks that the region around Whitby has come to be known as the Dinosaur Coast. And it was here that the star exhibit was unearthed just twenty years ago - a giant section of vertebrae belonging to a dinosaur called Alan.

Technically, it’s the oldest fragment of a true sauropod ever discovered in Britain. But because there isn’t enough of it to warrant a full scientific classification, it has come to be named after the fossil-hunter who found it, Alan Gurr. Having been a successful group for nearly 150 million years, sauropods were the largest animals ever to inhabit the earth - ten times heavier than an elephant and as long as three double-decker buses. As a herbivore, however, Alan would have been relatively harmless, unless he were to drop a sauropod-sized pooh on your head. There’s even chance to verify this with a virtual-reality simulation that enables you to feed Alan a tasty bush, while trying to avoid deposits from the other end. 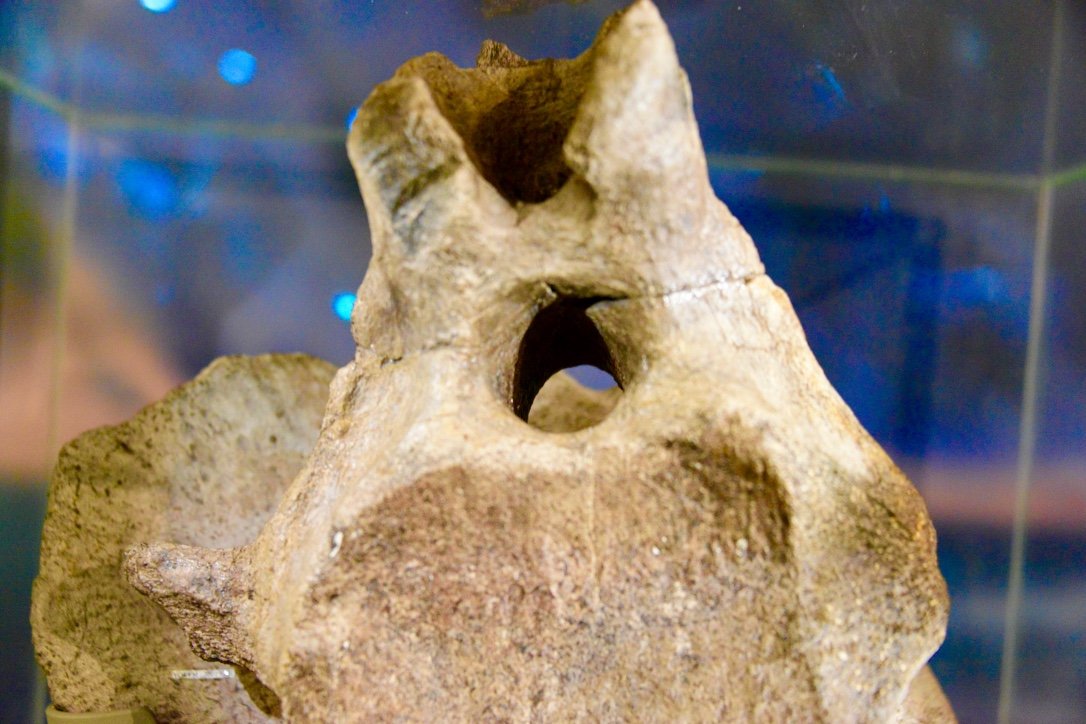 The oldest known fragment of sauropod vertebrae. The hole where messages would be passed through the central nervous system is clearly visible; though it would take some time before they were delivered.

All of this would have blown the mind of my younger self, peering into dusty cases of footprints and fossils and longing for something slightly more dynamic. Here in Yorkshire we have some of the richest and most significant palaeolithic finds anywhere in the country: now there’s a genuinely world-beating display to bring them all to life. 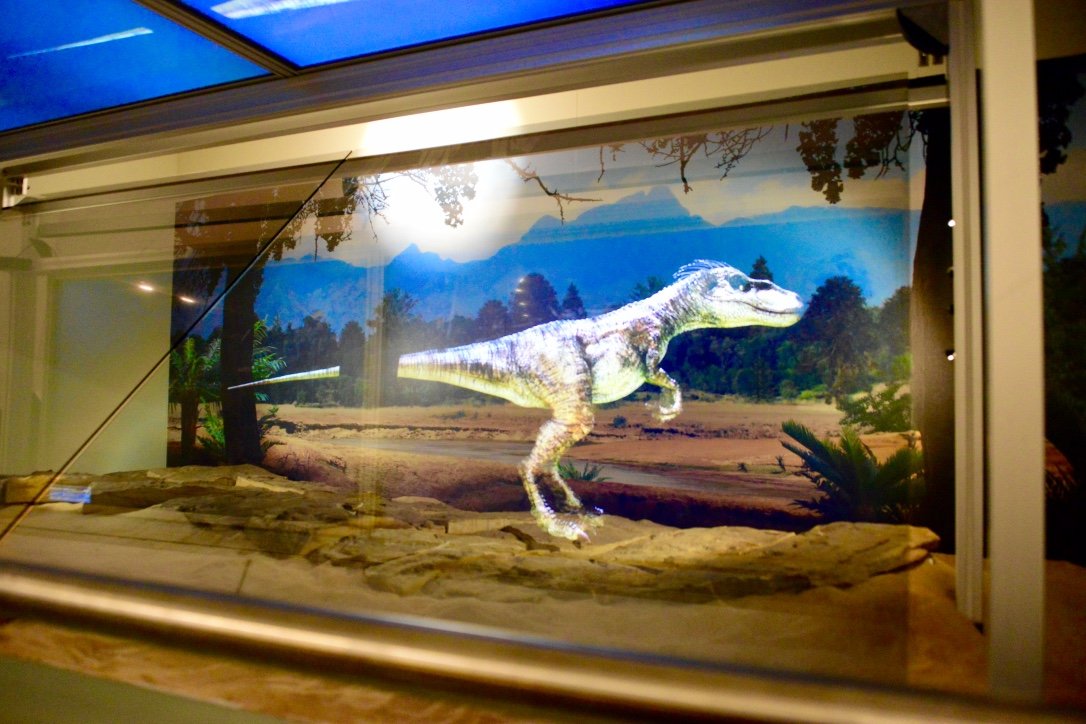 A CGI raptor tries its own footprints out for size

Yorkshire’s Jurassic World is on display at the Yorkshire Museum. Details: https://www.yorkshiremuseum.org.uk/exhibition/yorkshires-jurassic-world/ 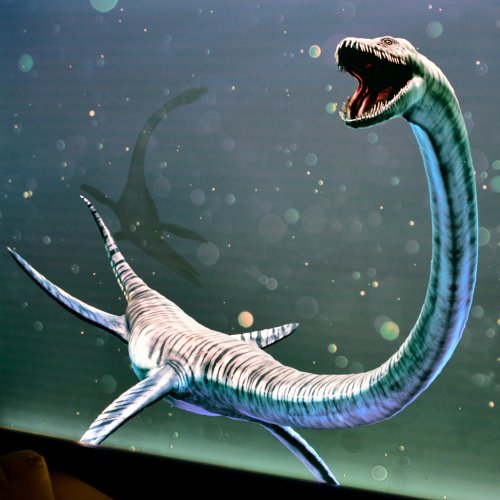